As I scroll through my feed like everybody does, I find various short quotes like “I don’t care,” “Dream Big,” and “Be Grateful.” I normally do not pay much attention to such quotes. One day though, I found one single phrase that just hit differently:

At first, it felt right, since knowledge goes hand in hand with helplessness. This happens because no matter how much information you know, there will be so much more that you do not know.

Ignorance can be defined as a lack of facts or knowledge. The idea is that ,sometimes, it’s better not to know the truth and be in the dark. Ignorance saves you from a lot of heartbreak and frustration. It provides you with a peace of mind (to an extent), since you do not know the information that may give you nightmares, sleepless nights, or even haunt you awake.

After further reflection about this “phrase” (I think by now you know I overanalyze things), I reached the conclusion that Ignorance is NOT bliss, and this primarily becomes the case when a lack of consideration to others’ feelings results out of the lack of awareness that one has. Let’s take racism and sexism as leading topics for this issue.

Ignorance is a choice when it is about topics such as racism or sexism. Racism violates moral norms of equal respect and is integrally tied to race-based systems of oppression. How many times have we watched a movie or saw a post that included harmful content? A common mistake that people are not aware of is that using the n-word when referring to a friend without knowing its history and impact on black people is disrespectful to say the least. This situation is one where if you are not aware, you end up harming and disrespecting people, because if you’re not aware, you wouldn’t know that the n-word is still being used to undermine black people and insult them! When black people use it, they’re claiming it as theirs and using it to empower themselves with it. Howver, it is not right for a non-black person to use it (and this is to further elaborate about those topics in relation to how ignorance feeds into them).

“When you’re accustomed to privilege, equality feels like oppression.”

As for sexism, it is a prejudice or discrimination based on one’s sex or gender. Sexism is so embedded in the system and the media that nowadays, it is hard to spot. For instance, we often use the term “friend-zone” without being aware of how its usage can be very sexist, since it is mostly used by men as a way to paint the picture that the man, who is in the friend-zone, is a caring guy who isn’t getting what he deserves, which translates to since he is a caring person, the woman immediately needs to be interested in him. Lack of awareness contributes heavily in this particular scenario, since almost all of us used this term before and very few realized how harmful it is and how it feeds into the sense of entitlement that one can have whatever one wants, as long as the one is a seemingly “good” person.

Note: Sexism can affect anyone, but it primarily affects females.

It is so easy for someone who ignores knowledge and actually does not mind being “ignorant” to enter a “brain rot,” which feels like a fog in one’s mind. A person who ignores knowledge about important aspects of life like history ,politics and important world issues — like climate change, Earth pollution, and the impact we leave on this planet — will inevitably end up harming others and the planet we all live in and are responsible for. We learned that “what goes around, only comes around,” meaning that this someone will eventually get harmed .

A saying that we need to reinforce is that “knowledge is power”. “Knowledge is power”, said by Sir Francis Bacon in his published work Meditations Sacrae (1597), further insinuates that the idea of having and sharing knowledge is the cornerstone of reputation and influence. Knowledge makes you stand on solid ground. Knowledge gives you hope because you know that there’s more to learn and discover. Even when you find something devastating, you realize that there is more to learn to solve the issue, and the cycle continues.

I also want to point out that in some cases, ignorance is a necessity. For instance,  if there is no balance between the intake of unpleasant knowledge and useful knowledge, and one did not figure out a healthy outlet for this unpleasantness, then it is going to impact one’s mental health in a negative way. It is okay to choose to be unaware in some cases, but to actively choose to be ignorant means to deliberately not care about others.

In the end, we are here for a reason. It is important to utilize what the world has presented you with to be able to give back as much as you can, and the first aspect on the list of what you need to utilize is ultimately, and inevitably, knowledge. 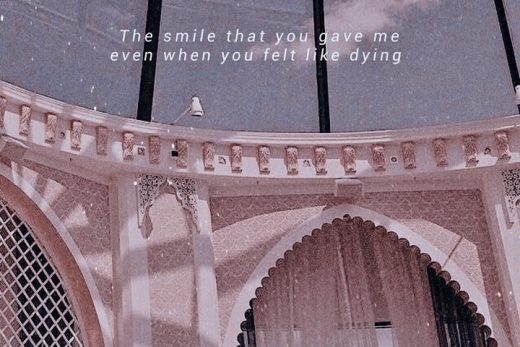 What We Need The Most  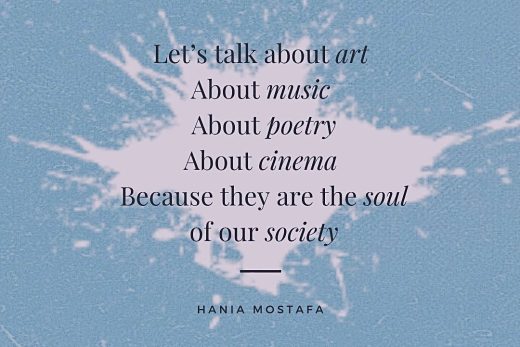 Art, Music, and Everything Soulful

It is a New year.