Persistence and Determination go hand in hand. They are all you need to be successful at what you do. But, when you fuel the mixture with passion, greatness is bound to happen. In our interview today, you’ll get to see how one’s never-ending passion for whatever form of arts can be a never-ending source of fuel.

Meet Aly baracat: a 24-year old pianist, singer, graphic designer, computer engineer, and the owner of our all-too-favorite “namoosa song”. He grew up as the youngest sibling of a musical family, and hence, played the piano since the age of 4. He started off as a pianist, covering songs and composing original pieces, until 5 years ago, at the age of 17, when he decided that he wants to add a twist to his musical self and start singing.

I’m not a natural-born singer. I started writing my own lyrics for a while, and because I wished I’d be the one singing them instead of giving them to someone else to sing, I decided that I want to try it out and practice. I didn’t want to regret not making an effort when the time comes.

As you can see, he’s the spontaneous type. He doesn’t welcome the thought of having to regret not making the effort, and he’d rather do things now than spend his entire life procrastinating the action. This spontaneity applied even in writing his lyrics and producing his songs. He’d write the lyrics today, record the song tomorrow, film the video the day after, and then publish it (I wish I could regard an upcoming physics test with as much respect. Allahomma la 7asad).

Doing stuff instantly didn’t mean that they’d turn out with a lower quality. On the contrary! In his case, since he is multi-talented and does a lot of stuff at the same time (other than sibling help since who doesn’t get that?), he knows how to distribute his time perfectly; he manages his time and chooses what to do now based on the amount of efficiency he could imagine being produced out of doing the action right now or delaying it for later. Shortcuts are also key.

Aly started the process of vocally training himself by checking out online courses, watching videos, and reading articles in an efficient 1 to 2 hours of daily practice until at some point, when his family and his piano professor noticed the progress he achieved and the effort he exerted in trying to improve his voice, they signed him up with a professional vocal coach. He was overall professionally trained when it comes to music, whether that be the Truinity College piano exams or the singing workshops and perfomance classes in uni or the music coaches.

He later became part of Nesma Mahgoub’s choir, and in the final performance, he played an original composition and sang solo. More performances followed, in uni and out of uni, and he found himself taking advantage of every opportunity that presented itself, every chance he can use to make himself a better singer.

Your voice is an instrument, a tricky one at that, because each and every one of us has their own instrument, their own voice. You only need to practice to get the hang of it. You need to give it time, to give it space to develop and achieve the progress you wish to see, and most importantly, don’t be hard on yourself by doubting the work you’re doing and you’ve done. I might not be satisfied by a lot of stuff, but as long as I can see progress, I believe I’ll be good to go.

When he first started composing piano pieces, he believed that he didn’t have a specific music style until two years later, when his pieces would be said to hold his own identity. He also started to show off his own self through his lyrics and the way he publishes his songs. He believed that it would set him apart from others if he posted 1-minute originals rather than 3-minute full songs or mere covers (that’s surely other than the fact that smaller versions of songs are easier to produce; creating full music videos can be very stressful).

With his lyrics, though, his goal while composing a song would be to have people connect to it, relate to it. He wanted his songs to strike deep within others as they do to him; he wanted the lyrics he wrote to trigger a certain thought in the minds of his listeners. When we listen to songs, we’d want to think, to feel things and even make stories in our heads and not just listen to a combination of meaningless tunes and words, and that’s exactly what Aly’s lyrics made us do.

Music is how I express myself and my emotions, how I reflect on what is in me. I don’t write my feelings down, I don’t draw them out, I turn them into music pieces. I sing them, and that’s why I want people to feel the lyrics I’m singing, as I write them based on personal experiences, and I believe that’s how you make the audience relate the most.

His lyrics started to get more personal at some point when both of his siblings left for studies abroad, and that’s when he decided to write his songs based on a live emotion he’s experiencing, self-thoughts and reflections. He believed that he had to feel it all to be able to do it right. Even through his covers! He is the type to have to feel what he’s singing/playing in order to be able to perform it, to be able to produce a quality product out of it. He usually creates a lot of pieces at a time, he can create 10 original pieces in a week, but he’d find himself ruling out the ones where he didn’t feel the maximum emotions he could feel, the ones that don’t strike the way he wants them too.

Speaking of covers, his favorite piano cover is the last one he posted, “No Time to Die” by Billie Eilish. He has been in love with the song since its release and practiced it a lot. He says that he’s the type that will always know it when he makes a mistake and might just give up at the end and announce it unnoticeable, but for this cover specifically, he was satisfied overall. His favorite original song was his second original, “Lw Basseet 7awalek”, and his favorite singing cover was his Lebanese mashup, since he was inspired to sing and write songs in Arabic by these Arab artists (they also replied to him and loved the cover!).

I love writing songs (and singing, in general) in Arabic more than English. My problem is that I wasn’t used to listening to Arabic songs at all, and that I don’t like Arabic words sang in a western style. If I’d start to sing in Arabic, I’d want to do it right. I’d want to make sure that I pronounce everything correctly. There is also the fact that I am used to expressing myself in English (a general problem that our generation faces), but I’m working on it.

And he’s trying to change that! He currently jams to the golden tunes of Om Khalthoum and Abdelwahab, he tries to express himself through writing Arabic song lyrics since they are often more touching, and he delves deeper into the Arabic style by creating designs and projects that are solely in Arabic. He believes that we’re a generation that didn’t do much with its culture; our language, our traditions, our ancient backgrounds, and our arts are a whole new world that make us different. That’s what distinguishes us from the westerns we’re trying to imitate, and that’s why, we should attempt to discover it’s part like Aly does.

As a regular person doing something and being successful at it, Aly, too, received criticism throughout his journey. The way he deals with it though? The definition of impressive.

I have my circle of people whose opinion I trust and take into consideration. Those are the people that affect me with their opinions and help me improve myself; those are the people who I actually believe when they comment on something. Other than that, if someone I don’t know says something bad, I don’t really care. These comments actually make me laugh!

As much of a musician Aly actually is, he did not choose a musical field in uni. He majors in design. He didn’t plan on majoring in design and computer engineering at first, but he tried out a course and found himself extremely enjoying it, and that’s where he found himself pursuing it (he draws since his early years too). His decision was also influenced by the fact that he didn’t want being a musician to be his official career since he believes that once financial stress enters the equation at some point, authenticity might go missing.

As a designer, Aly’s dream career path would be him teaching classes in university after studying his masters in design. As a musician, he wants to start publishing full singles and be more present by posting them on common music platforms such as Anghami, Spotify, and good ol’ YouTube.

Last but not least, Aly’s advice to any up-and-coming musician, designer, or passionate being overall is as follows:

Stay confident and never stop believing in yourself. Remember that you’re doing it because you love it and you’re passionate about it, not because you’re trying to please those around you. Always give yourself time and space to achieve progress without being hard on yourself. Enjoy what you’re doing to be able to do it right, to fulfill yourself and later on, those around you. Know that for your art to improve, you need time, consistency, perseverance, enjoyment, and infinite self-belief.

And at the end of this interview, we’d like to stress on how we hope you kept your “Ma-shaa’-Allah”’s following, how I hope you enjoyed reading this as much as I enjoyed writing it, and how we demand a namoosa part two. 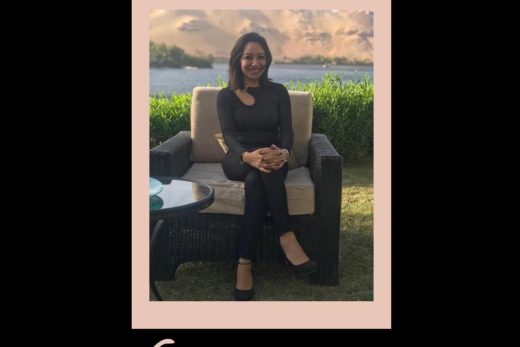 Marina Makary: Your Next Favorite Journalist 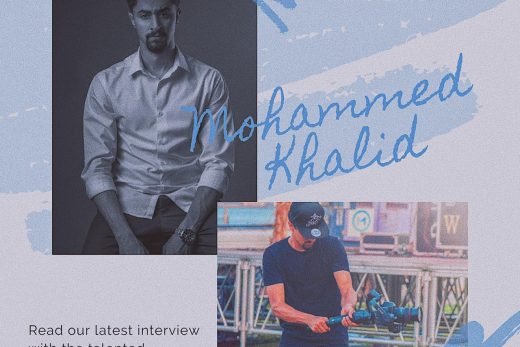 Mohamed Khalid: The Videographer Who Brought the Grammy’s to his Room 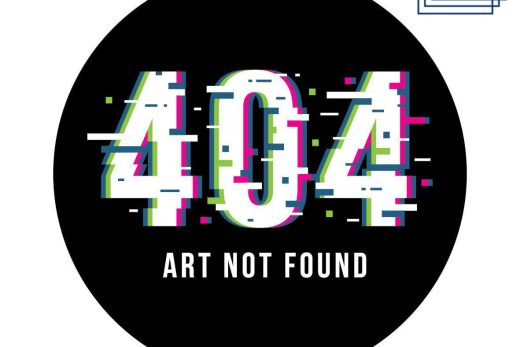 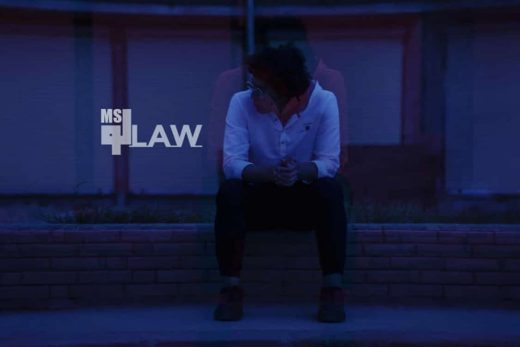