The wild desire to build and control universe-vast prisons stems from an intense fragility and emptiness. The urge to interfere in every small detail of other peoples’ lives reflects a frantic longing for a false strength —what kind of strength is that?

Societies were built upon earth-old beliefs and cultures, and a lot of these beliefs are still rooted within. And it hurts that fighting against supremacy and seeking freedom sometimes feels like softly knocking on a steel fort. It hurts how some people are so fine with dehumanizing their very selves and get mad when someone tries to fix the deep-rooted issues that affect all of humanity.

This aspect expands to include different flagrant issues we suffer from. So many people seem content with the oppression they’re drowning in. On a more specific note, so many women seem fine with the cloud of patriarchy enveloping the world —and it’s painfully tragic.

I first encountered such people when I stumbled upon a random post written by a woman that hit me with a wave of shock and confusion. I tried to figure out why a woman would rid herself of her dignity and willingly sip glasses of patriarchal poison, and I was even more confused at the number of women who agreed with her.

If you spend enough time on social media and fight the urge to delete all of your apps because of the severe concentration of irritating content, you’ll notice something unpleasant and alarming: people aren’t only okay with controlling and unhealthy relationships —they romanticize it. Cute giggly posts of controlling partners are shared as if this is the definition of perfect love stories, and it’s considered a matter of sweet jokes.

It isn’t. It’s the absolute opposite.

Sugar-coating bitter catastrophes is the only way to trick people into holding onto their rotten, inherited beliefs. Romanticizing patriarchy is an effort to bypass the increasingly difficult hurdles of education after realizing what the real world is like. Altering people’s minds into false concepts so that they succumb to falling in a dark abyss thinking that they’re living in paradise.

Please never fall a victim to this facade. Please keep your mind awake and keep yourself watchful of any chance of slipping. Never settle for less or give up your standards. Never force yourself into unhealthy tense zones. Never accept sweetened abuse and control.

Your mind and your perception of all the chaos around you is your only tool for survival. Keep them sharp and never give up the battle.

The Arab World vs Mental Health 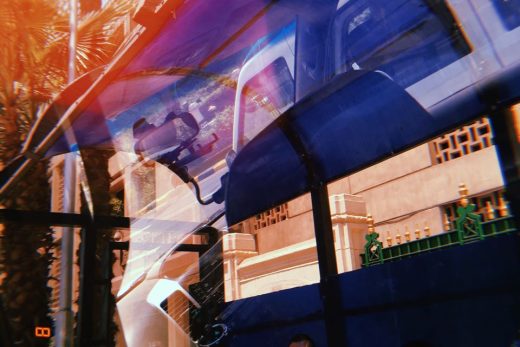