If sports were a language, Hoda would be multilingual!

Meet Hoda Shokry, a functional fitness athlete (3rd Fittest in Egypt 2019), former basketball player, CrossFit athlete, Rhythmic gymnast, and marketer. She started a platform in April 2020 to empower people through her Self Care series, in which she posted daily tips concerning mental health, body care and soul healing. And when asked why she decided to start this platform, she replied:

I am a Functional Fitness athlete, meaning that for me, mental health is a top priority alongside nutrition and working out. I struggled with plenty of things in the beginning of my fitness career, and that’s why I decided to create this page; so I can share what I learned personally and also share other athletic experiences through body, mind and soul.

Digging deeper into the meaning of functional fitness, she explained that it is a branch of fitness which involves training the body for the activities performed in daily life. The tests or competitions are characteristically known for their realistic movements, repetitions, loads, time domains, etc. The tests themselves change every competition (the endurance test may be running or swimming, while the strength test may be Olympic lifting or bodyweight exercises, etc.), so we’re not just talking about an athlete, but an Iron Woman.

She also added that what motivated her to take self-care more seriously was that it was all about the mind, body and soul. Taking care of those things made her work better and harder in her training and life in general. The athlete confessed that before she started functional fitness, she used to take major care of her body but only occasionally cared for her mindset, so things were never balanced. Only when she started taking self-care seriously did her life become well-balanced, and that is when she realized that she wants to share her learnings with other people.

Such an inspiration to all of us with her bright way of thinking, isn’t she? A true perfectionist, but we all know that there’s no such thing as perfection, so when asked about how she juggles the body, mind, and soul percentages, she delicately answered:

We are all human. Sometimes we neglect things, but percentages of focus on those three things depends entirely on our unique needs in our lifestyle. As an athlete I focus more on my body, as a marketer I focus more on my mind. So again, balance is important, but it’s a matter of priorities that changes the percentages.

So let’s tackle each of those vitals one by one, starting with the body. One of the things that affect our bodies the most is sports. Whether your goal is to get fit or to be a world champion, doing sports fills all of us with energy for the rest of the day and boosts our mood to be happy and positive, says our optimistic Hoda. But unfortunately, some people despise sports and any physical movements in general, and for that, Hoda had a really enlightening comment:

There are some people who are not fond of exercise, and there are people who hate it because they don’t see a quick change in their shape or scale number but sooner or later, their work pays off! It also has a huge impact on both their minds and souls, and changes the way they view life in general. There are so many physical activities that can be done to take care of our bodies, even for those who despise exercise. Because guess what? They exercise every day without even knowing it! Carrying groceries, cleaning the house, climbing up the stairs. All of these are examples of physical activity. And that’s what I adore the most about functional fitness: it trains you for your daily life.

Now let’s talk nutrition! It is said that healthy food means healthy bodies, but healthy doesn’t actually mean happy. Junk food, sadly, has a greater chance of lightening our moods and thus our minds and souls. The answer to this is the secret to a better life. Hoda explained that it isn’t about eating less but about eating right. Like using healthy alternatives in our not so healthy meals, or eating in proper timing so we can trick our metabolism. Although it differs from one person to another, so it’s better to get back to our personal nutritionists about that.

Moving onto a controversial between the two vitals, the mind and the body, let’s talk mental health and physical health. It’s a given that most people care more about the second and prioritize physical injuries more than mental traumas and self-conflicts, since physical injuries can be seen and touched, but Hoda had this to say:

But sadly, no matter how many scientists try to prove this, some people will stick to their ways and not give any attention to their mind’s wellbeing. As for people who do, Hoda added that one of the things that effectively soothes our minds is music healing. Though it differs from one individual to another when it comes to the type of sound, the results are similar. As for Hoda, she personally prefers listening to the Quran as it blesses her ears and makes her mind percentage jump up.

There is another heavily-debated controversy in the world of soul healing: the relationship between religion and mind. Some people associate mental health issues with a lack of faith. Regarding this debate, Hoda answered with her honest opinion:

I don’t see a connection between the two of them to be honest, I know that praying and reading holy books brings one peace of mind, and I once read that praying boosts our moods and that the sequence of the prayer positions also act as a form of exercise. But regardless of that, I believe that mental health is related to the way we think, adapt, see the world, and whether our life-style is balanced or not, and is not necessarily a testament to our faith.

With the myth train reaching its final station, let’s talk beauty! Yes, there are lots of societal beauty standards which try to make us fit into certain “desirable” shapes, and it’s all so restrictive and exhausting! So here, Hoda breaks the pattern and briefly explains how there are no such things as “correct” or “desirable” standards when it comes to appearance:

Lots of judgments have been thrown around on how my body looks like an athlete and I was showered by talks that girls shouldn’t be doing tough sports and all that crap. But the truth is that Allah created us all in different figures because we are all beautiful no matter what. Comparing ourselves to others, whether they be models or athletes, is terrible. We are all unique the way we are, and each of us has a role to fulfill. And if we were meant to fit into a certain shape, Allah would’ve created us all in that shape and there wouldn’t be any diversity.

Amen sister! Speaking of diversity, as a divergent artistic magazine, we appreciate art in all its forms, and wanted to know how it affects a person’s mood, whether that person is the artist or the art’s observer. And to our surprise, it turned out that art is an essential part of Hoda’s blog, as it’s a great way for her to deliver what she wants to say to different people. Hoda also used to be a graphic designer as well, and so believes that transmitting information to someone in the form of art has a greater impact on both her and the viewer. We also asked Hoda about how books impact our souls and minds, and her answer was not expected;

Books are everything to me. In order to have a great, healthy life, you need a good mentality. And good mentalities come from experiences. Books provide us with these experiences, and a good book could have such a great impact on you that it completely changes your life. Some books could be dangerous, they could play with your head and belief, so before reading any book, I like to know what the book is really about or read the author’s note.

Kindly enough, Hoda also recommended two of the books that have truly impacted her and changed how she sees the world: The Subtle Art of Not Giving a F*ck by Mark Manson and The Power of Vulnerability by Brené Brown.”
Now for the final vital, souls.

It is said that diaries, planning, and to-do lists all help smoothen our daily tasks and help soothe us at the end of the day when the check boxes are all ticked, but sometimes they’re a burden and rather than helping us complete our tasks and reminding us of them, they turn into a task in-and-of themselves. So Hoda here gave us the secret behind consistency:

It does differ from a person to a person, but the main trick comes down to prioritizing. Like for example, if we write a list of 5 tasks, we have to pick one or two that are the most important, and so they become a priority. It doesn’t matter how long they’ll take to do, prioritizing some tasks is important because it makes our days easier to manage. Say that those priority tasks comprise only 20% of the to-do list, they will affect your life by 80%. The other 80% of the tasks will only affect your life by 20%. It’s Pareto’s principle.

And with that we conclude this incredible talk with the multitalented one and only, Hoda Shokry.
Stay tuned for more interesting and amazing individuals sharing their wisdom and stories with us in the MilkywayXCreators series! 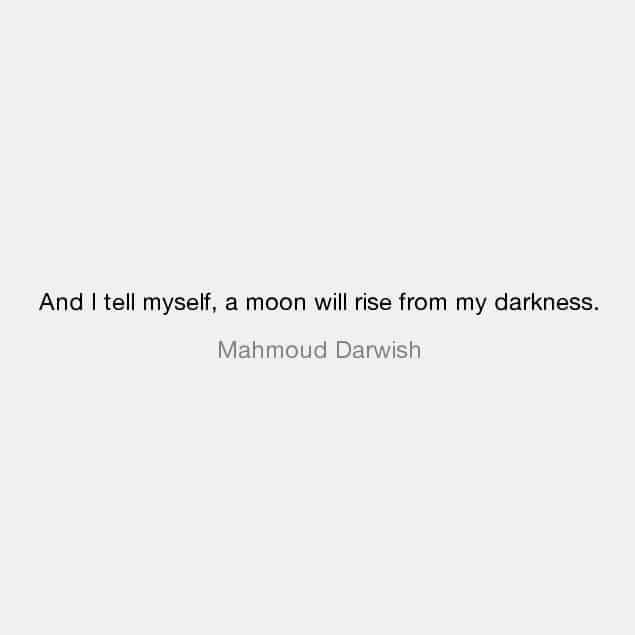 Serendipitous Things to Live For 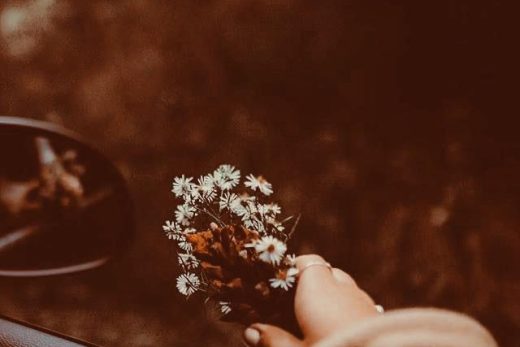 Letters to the Lost Pt.1 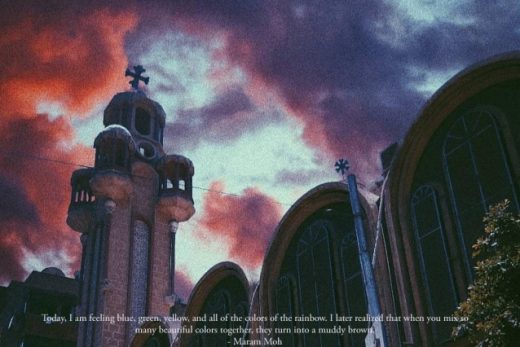