As seen from her Instagram page, she’s into Fashion, travelling and most importantly, her studies.

Fatema was first introduced to a popular app at that time, called Keek. It was similar to vine; you could basically post videos with a 30-second duration. Fatema was probably 14 or 15 at that time. After (Keek), ‘Vine’ came along and it became increasingly popular as time passed. Fatema used to make funny 6-second Arab, household-related videos. She loved making those videos and learned how to edit and film them by herself. Making those videos became a sort of a hobby for her. Fatema always gets asked whether she’s ever going to go back to making those videos. Fatema says that she still not sure, as she stopped making them to focus on her studies and university.

She also adds, “My dream is to focus on YouTube and make regular videos, but it needs a lot of time. Currently, I’m not as active as I’d hope, but for now, I’m exploring other content and just seeing what I really want to do, of course, after I finish my thesis.”

Not many people know this, but Fatema actually studies Politics, European Studies. She says that at the beginning, before uni, she didn’t really know what she was interested in. At that time, the revolution of 25 January occurred in Egypt, and it had a great impact on all Egyptians, whether living inside or outside of Egypt. Fatema always wondered about what was going to happen next which really got her into politics, governance, and function of the state. She also says that she always wanted to raise awareness about politics in a way that doesn’t bore people or make them fight. She hopes that one day she could make people interested in them through Social media so that people know their rights and obligations as citizens. Moving on from university discussions, Fatema is also known for her struggles through train transport, as we always see her rant about it . She says that as she lives in a small village and her uni is in a big city, she has to take the train every day, and unfortunately, she always has delays. She refers to the train as “Abdo”, so when he comes on time, she complements him and if he gets delayed or cancelled, she says, “I bring out my inner Abla Kamel w bahaza2o.”

As it’s seen from Fatema’s page, she enjoys travelling and adventures. She says that she started travelling a few years ago. She states, “My biggest trip was definitely when I did my study exchange in Canada for a semester, which really gave me the kick to travel and explore more.” She also said that her favourites so far are Jordan and Rome. She also mentions that her dream destinations are Palestine, Tunisia, and Indonesia. She adds, “I would also love to travel through Egypt from South to North.”

Most people know that Fatema speaks 3 languages fluently: Dutch, Arabic and English. As we already know, learning a new language is definitely difficult to do, so we surely asked Fatema on how she managed to learn a new language and if she would give us some tips on how she did it. “Dutch is one of my mother tongues, along with Arabic. I’m learning French and some German, and although I’m not fluent,  my biggest tip would be to watch movies, listen to music, and talk in the language you’re learning. I know that helped me with making my English fluent.”

As mentioned above, Fatema’s interest in fashion spiked after vine and it’s clear that she has an awesome taste, so I definitely had to ask her what her holy-grail fashion tip is, the one that makes her look so stunning all the time!

Fatema replies with, “I’m laughing out loud and blushing at the same time.” She thinks that the best tip she could ever give is to wear what you like and to not pay attention to other people’s opinions. To also experiment with different styles and looks, and you’ll find what you like and what looks good on you. She adds, “I think that especially for us hijabis, we need to have more fun with our outfits and show the world how we can look modest, beautiful and fierce.”

When Fatema was asked about the messages she wants to spread, she says that she thinks that self-love and women empowerment are so important because when we support each other and lift each other’s spirits, amazing things happen. She also believes that in a world we’re in, we are dictated to look a certain way or make ourselves more “beautiful” in order to fit a certain mould or satisfy others, and she thinks that in that way, we are losing ourselves. She also adds, “I want to break that ‘Instagram Perfect’ stereotype and encourage everyone to love themselves for who they are. I also think education is so soo SOOO important! We ought to read more, and more importantly think critically about the information we receive.” I honestly couldn’t say anything except ‘PREACH!’

No one should care about what others think about them and everyone should always believe that they’re beautiful no matter what shape or size they are, there’s no reason for anyone to feel like the need to fix something in them to satisfy or please others.

In the end, I’d like to give a BIG THANKS to Fatema Mahmoud for agreeing to be featured on our magazine and we’re really honoured to interview her. She’s an absolutely amazing and sweet person to talk to. I’ve really enjoyed talking to her and it was an amazing experience. Another person I’d really love to thank is the owner of our magazine, Maram Mohammed, for adding this amazing and interesting series in our lives.

I hope you all got to know who “Fatema Mahmoud” is and if you already knew her, you’ve got to learn more about her awesome being. 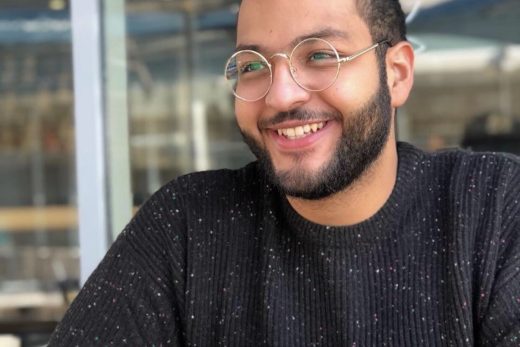 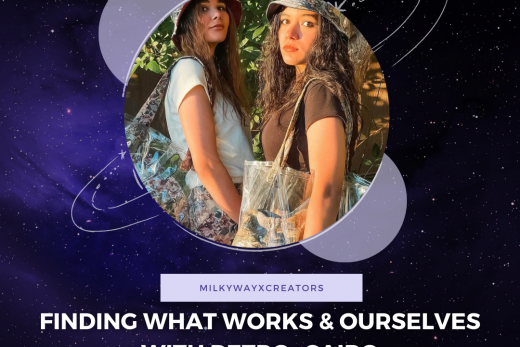 Finding What Works and Ourselves with Retro_Cairo 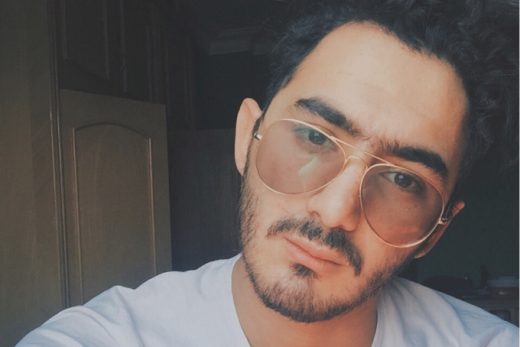